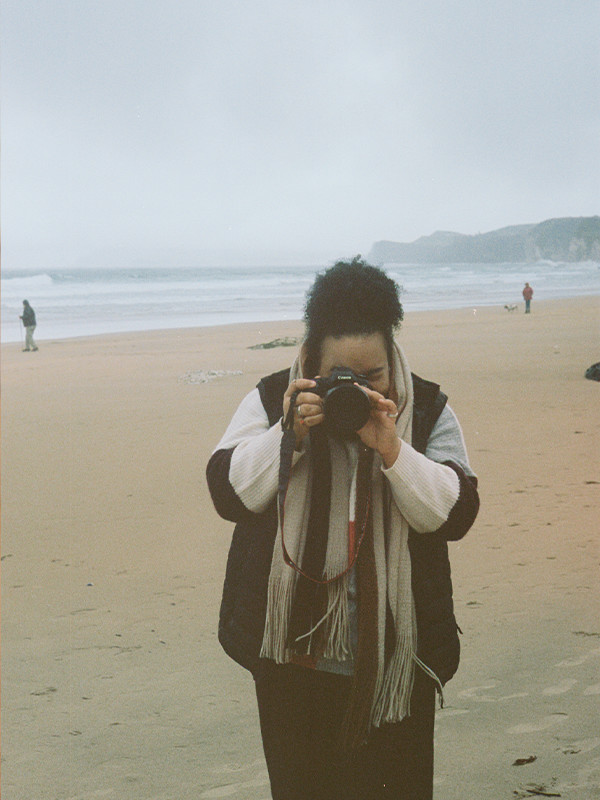 This year we decided to get a team together for a dedicated cover shoot, something I decided was really the next step for us in terms of how we design Turf & Grain. For previous issues, I picked an image that I thought really represented the issue well and placed it on the cover.  While I think that the covers our previous issues look great, I realised that ultimately we were limited simply by what was available to us.

As I was thinking more widely around the design of Turf as a whole, it made much more sense to me to have a cover image image that would not only represent what was inside the issue but serve as a real basis from which to design the publication’s interior. A design-led approach.

I thought about the colours I wanted to use as my swatch this time around - settling on more tonal shades - sand and light grey as well pastel blues and pinks - in addition to the ‘Turf & Grain’ green.

This led me to think that it would be great to do the cover shoot on a beach - we would have the sand and the blue/grey ocean. Plus - Ireland is a beautiful natural setting and we have a responsibility to use it. White Rocks beach in Portrush is close to my family home and I walk there often - it has a stunning sweep of beach between white sea cliffs and a pretty wavy bit of ocean. there is also a pop of green from the rolling hills behind. We went and did a little scout with a camera - our location was quickly confirmed.

When shooting outside, the weather always has to be a consideration- we wanted it to be grey and overcast, hopefully not too wet - but definitely not sunny. Our covers are often described to me as ‘moody’ - something that I love as it breaks so much from photoshopped, perfect people we see smiling out at us from the mass produced publications.

Imagine five women of different ethnicities and ages, standing beside the rocking tide on white sand staring out at you through mist rolling over sea cliffs. Pretty moody.

We quickly got our team together, getting rising star Macy Stewart in as photographer with Aoife Mulvenna styling, along with a team for hair & make-up.  These guys were great - through Aoife we were fortunate to work with Limerick-based designer 31 Chapel Lane that allowed us to use their stunning garments made entirely from Irish linen. They really lifted the quality of the shoot and I would like to thank them for their faith in us.

When the day came it was pouring - but we headed out into the wind and rain and after about three hours in the rain got all the shots we needed. Rain poured but spirits were high. Thanks again to all the team that came out and made it possible.

I really can’t wait for you all to see what we have come up with in December.