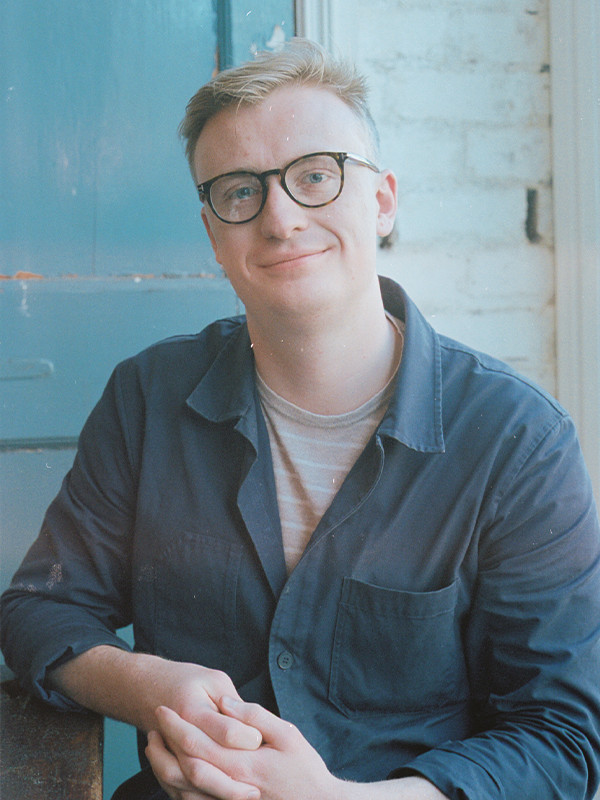 In Northern Ireland we live in a post conflict era, and the legacy in terms of what has been left to us culturally, economically and politically looms large. The current deadlock at Stormont reflects just how sensitive our political framework is. But what we have inherited from our forebears is both a blessing and a curse.

Over the last decade there has been an increase of creative businesses in Northern Ireland, which can be attributed to many things. However to say that an increase in the amount of creative people in Belfast is what has led to this increased presence is perhaps misguided.

Over the last thirty years, great cultural things have come out of Northern Ireland that relate to many different aspects of design. That being said, conflict zones are like a desert - people can live there but not much can flourish. During the Troubles,  there was too much distraction and a sense of stoicism in the face of real danger for a sustained cultural movement to develop.

But that is not our cultural moment.

Our opportunities are different and it is now our turn to decide how we shape our lives, our towns and cities. After all, it is the responsibility of the young to wrestle with the ideas of those that have come before them - to find a better way.

As we begin to reawaken and embrace a respect for authenticity and crafted design within our culture, we have the opportunity to get projects off the ground that might otherwise be smothered by competition elsewhere. Unlike in London, Berlin or Tokyo - where anything we can think of has been done and done again, Belfast offers a fresh chance to create. If I had tried to get Turf & Grain off the ground in London I doubt it would have worked. I had too many personal doubts, made too many little mistakes.

I appreciate that many of you listening tonight are involved with projects of your own making, and that I am in some ways ‘preaching to the congregation’. But if you have a project you are thinking passionately about - I urge you to take your chance and go for it. There has never been a better time. One of our interviewees in our Makers Issue, Síofra Caherty, told me that it is not necessarily the most talented people that succeed, but the people that persist the most. So if you are in the midst of an ongoing project but finding it difficult I urge you to persist.

People that will create something that will inspire people to stay in this place instead of moving abroad for opportunities. People to engage with like minded people in a way that will make us collectively realise how special our cultural moment is. The grass will always be greener on the other side if we don’t water what is around us.

I started Turf & Grain in 2017, with the aim of sharing the stories, ideas and experiences of people around Ireland doing interesting things. Stories that would make us realise how great Ireland is as a place to live. I always wanted to hear people talk about Belfast the way people talk about places like Copenhagen, Barcelona or Lisbon. We maybe don’t have their good weather but we do have so much to offer, and I wanted to showcase that.

As I’ve gone along, developing a set of principles has become most important to me. The principle to not compromise on quality where I can, the principle of being environmentally friendly by printing on recycled paper. Letting the interviewees read their articles before publication in order to ensure. The principle of paying people fairly for their work. This is where our legacy will stem from.

I’ve been imperfect on all these points at some point already, but the process of developing these has been the most important part of my own project. Sure, people also get a lovely coffee table book full of stories about amazing people in Ireland which is cool, but it isn’t what is important. What’s important is the message the project sends - that here, in Northern Ireland there is possibility. Possibility for a writers, photographers and illustrators to display their work. A possibility for people to come together and collaborate to create something greater than the sum of our individual parts. That is our own little slice of Future Heritage, and our legacy.