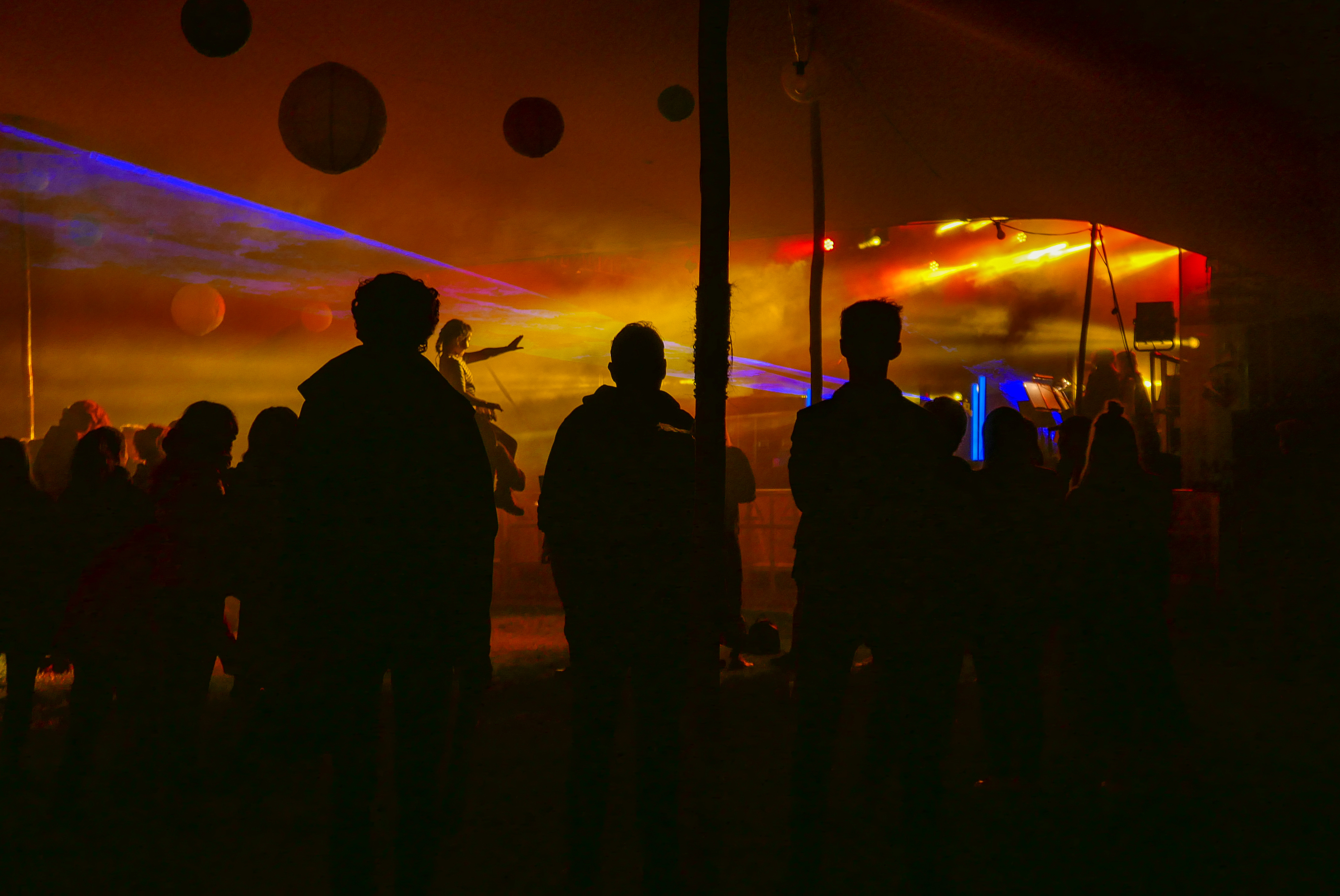 This year Rachel and I went to Moira Calling! -  an independent music festival started by four friends with the hope of bringing something special to their town.

I had been meaning to go for the last few years but had always been out of the country - Rachel has been every year and could only say good things about it. We had interviewed the guys for Issue Two, so it was really exciting to actually attend.

The Festival takes place over two days - a Friday night and a full day on the Saturday. The drive out only takes 20 minutes - which surprised me - I think people from Belfast have a bit of a block around travelling out of belfast for things - it was really easy.

On Friday night we listened to Ryan Vail, paired up with the Arco String Quartet especially for the evening. I had seen Ryan a few times before and really like his music -   electronica in the style of Jean-Michel Jarre but with vocals - so it was cool to see this combined with strings. As usual his light show was pretty great, and as Moira Calling is a family Festival tumbling between the lights like a virtual assault course greatly amused the children. There are great food trucks there, so I grabbed a Mini Maegden toastie and a hot chocolate to keep me warm.

On Saturday we came back after midday for a full day of Music - we caught performances by lots of bands but performances by Hunkapapa, LED Farmers, Jordan Adetunji and Joshua Burnside, were highlights.  It was really a great day of music all round - and we really loved the chill family atmosphere. There was face painting and sewing classes for the kids - it was really cool.

The festival normally runs in the first week of September- it’s safe to say we will be back next year.